We believe FUE hair transplant has major limitations if used as the only technique. Some of the problems which have been defined are graft wastage, additive nature of scars, and scar contraction. We are of the opinion that the FUT (Follicular unit transplant) also known as the Strip procedure is the best procedure particularly when mega-sessions are involved. Over the preceding 3 years, we were glad and satisfied with our results, but we decided to modify certain steps in our constant endeavor to improve to achieve much better results.

Some steps of the MMFT Hair Transplant procedure along with the modifications are as below:

For a hair transplant procedure to be truly successful, it must fulfill two criteria at the same time, namely, density and coverage. One without the other is effectively meaningless. Invariably, in cases with extensive baldness, any of the two techniques mentioned, Follicular Unit Transplant (FUT) and Follicular Unit Extraction (FUE) can be used. When used singularly prove to be insufficient on either one of the two or both the factors mentioned above. In such cases, the individual has to unwillingly stage their procedure over two or more sessions where not only does this delay their result, but they have to go through the rigors of the procedure twice or thrice over. Also, individuals traveling from overseas find it much too inconvenient to go for a staged procedure because of the heavy travel costs involved, in addition to schedule disruptions amongst other things.

In light of these limitations faced by various individuals, Dr. Amit Gupta took it upon himself to find out whether there was an alternative to staging this very procedure. After almost a year-long study spread over approximately 1,000 hair transplant procedures, he has collated and assimilated the data as well as improvised and fine-tuned the different steps of the standard hair transplant procedure. Dr. Amit Gupta, an eloquent surgeon, came up with the Micro refined Micro Follicular Transplant Surgery (MMFT) technique.

Rome wasn’t built in a day. Well, neither was MMFT. It took Dr. Amit Gupta almost a year to conduct the study and make the changes along the way and get a stamp of approval from a competent institution. Dr. Amit Gupta made a submission to the Plastic Surgery Society with his findings and suggestions which were vetted and approved, before being printed in the Annals of Plastic Surgery as the new standard of hair transplant, especially in the context of “mega-sessions”.

The MMFT technique borrows the best aspects of the two prevalent and predominantly used techniques, which are FUT and FUE. While using both the techniques together, the idea is to eliminate, if possible, or certainly minimize the demerits associated with each individual technique.

The reliance for yield is placed on the FUT technique; whereas, with FUE, the attempt is to get as many finer grafts as possible, which are then placed in the anterior hairline. The finer nature of the grafts allows for a maximal graft placement in a single line and thereby adding to the density of an individual’s hair distribution.

Usually, among many individuals, it may take up to 10 months for the full results (mature hair) to be visible. With a staged procedure, a full result then takes about two years’ time. With the MMFT technique, they have the option of cutting this waiting period in half and effectively go for maximum coverage in one go. We have successfully completed transplant procedures up to 10,000 follicles with great success. The yield is directly dependent on an individual’s donor area and health as well as the intrinsic qualities of hair.

Some of the advantages include:

Finding an End to Baldness Through Surgery

Among all the plastic surgeries for men, hair restoration has become a trending technique. The reason that this technique has become so renowned is that this method negates the disadvantages of the conventional use of punch grafts. The use of punch grafts has resulted in an appearance analogous to corn in a field. Such an impression has invited the dissatisfaction of a considerable amount of people. Several efforts were made around the world with an objective to correct the disadvantages. In 1986, Dr.Carlos Uebel of Grande does Sul of Brazil succeeded in rectifying these disadvantages by the use of micro and mini graft ‘mega sessions’. It is now considered a safe procedure which, allied to a natural hairline, is a much-valued option for surgeons and patients. More the precision the surgery, the more the natural appearance is achieved. The level of achievement that Dr. Gupta has attained in this context is quite noteworthy. These valued services are provided in various parts of the country. Phrases like ‘Hair transplant India,’ hair transplant Noida’, ‘hair cosmetic surgery India’, ‘hair cosmetic surgery India’ have indeed become a catchphrase in the field of hair restoration surgery.

What exactly is Baldness?

Baldness is the loss of hair from the head. Among men, this condition can have its onset from a younger age (about 16 years). Conventionally, baldness is believed to be caused due to some main factors- age, hereditary factors, and the effect of androgenic hormone. Adding to this, changes in lifestyle have also contributed to this condition. Examples of such conditions are stress in the forms of smoking, late-night jobs, long hours of work, and irregular sleep cycles. These conditions have not only increased baldness in men, but also in women. Therefore, hair transplant techniques can also be beneficial to them. The rate of hair fall in women is more during menopause. Although this is the normal case, baldness arising from androgenetic factors and early-stage baldness are also seen.

This procedure begins with the removal of a portion of skin bearing the hair. It is usually taken from the back of the head and this area is resistant to the male hormones that cause baldness. Under magnification, the strip is then being divided into single follicles. A microsurgical blade is used to make the slits while using micro forceps and insertion of the follicular units. Almost 6,000 units may be essential for a complete hair transplant where both these processes are performed side-by-side. The entire process takes almost 4 to 6 hours to complete. It is preferable to have a second transplant after approximately 6 to 8 months.

Hair growth and plant growth are analogous. It is required to have a suitable spacing between the grafts for having more vitality. In the frontal hairline, we insert only single hair irregularly and the sessions have to be repeated so as to have a greater density.

Local anesthesia is commonly administered for this procedure. Along with it, there are certain fast-acting agents that are also mixed and these agents facilitate a comfortable surgery even if the patient is awake. Some agents also actively participate in the planning of the hairline where the success of the surgery performed by us is very precise such that the patients can themselves drive back to their homes.

Design of the Hairline

It is important to project the definitive frontal hairline, especially in your youth. The frontal hairline is projected in an irregular manner, maintaining temporal recesses. A non-straight line is important to have a more natural and non-detectable result. Usually, the forehead’s middle point is 8 cm distant from the root of the nose, varying from 7 to 9 cms depending on the facial structure.

It is normal to experience some hair fall during the initial weeks and after this period, the hair shall grow from the hair root and can be seen visually by 3 months. This process continues as long as the normal hair grows at the rate of almost 1 cm a month, where some crusting will occur around the grafts. These must not be scratched as the grafts may be pulled out and these crusts will quickly dissolve once hair wetting starts. A slightly pink appearance is seen in the grafted region of the scalp and a discoloration shall fade away over a period of time. To have appreciable hair growth, it takes about 9 to 10 months for women and 6 to 7 months for men. 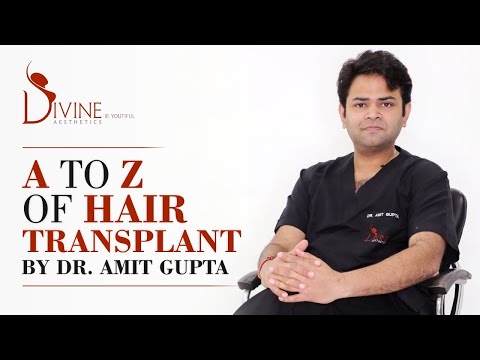 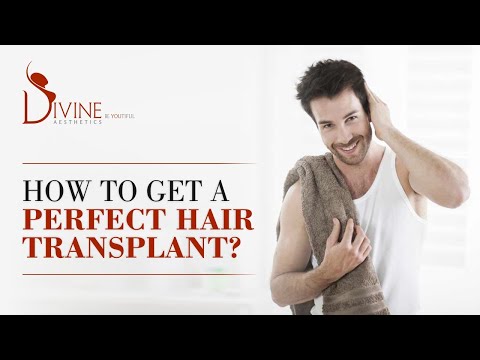 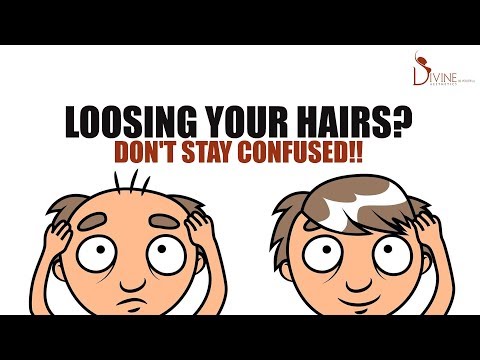 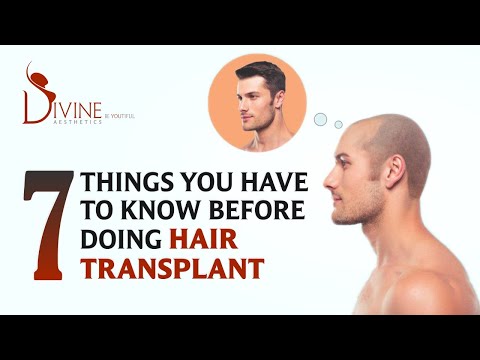 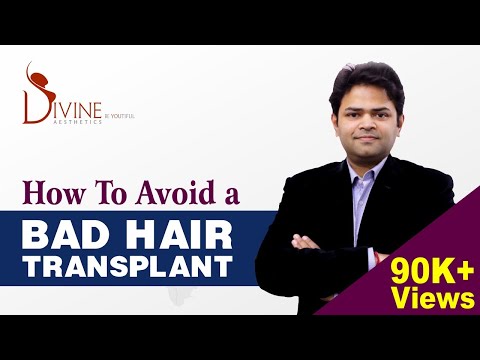 I was going through through hair loss and was getting very much concerned with this problem, then my friend told me about hair transplant surgery by divine cosmetic. I am glad that I consulted him and got the surgery done. Will recommend divine cosmetics to everyone.

I appreciate Dr. Gupta's amazing work. At least I am his 100%satisfied Client. I can't be satisfied so easily and have a problem of judging everything minutely but at this stage, I was in need of expert hair transplant surgeon and that is at the stage when I was having very little hair left to be used for transplant but Dr. Gupta's amazing calculation and expertise could make it possible. Post-transplant I am more comfortable and confident and surprised to see the way he planned everything. I once again thank Dr. Gupta.

Their hair transplant procedures are really effective and within budget also. Within 3 months you will start seeing results.

Dr. Amit Gupta is truly one of the best hair specialists in the industry. His passion comes through with his process and he is always up for a challenge. if you want to work with one of the best, I recommend him. Furthermore, He is innovating the practice and refining new methods to improve the hair restoration & transplant process. He is a master at his craft and is passionate about changing lives. With so many options in the market, you can rest assured that you are in highly competent hands with this expert. You have been such a great doctor. I wish others can experience your care and expertise as a doctor.

Dr Gupta and his team is brilliant. The whole process was made clear to me before i travelled to his clinic from London to newdelhi. The after care service provided to me was highly professional & throughout my journey of hair transplant i was given the full care. 100 % recommend him should you want a 100% result . Thank you once again to Dr Gupta and Divine cosmetic surgery team .

I was fed up baldness in such a young age. Getting bald from front side. I got my hair transplant done by Dr. Amit and had a great experience . i went through internet many times but I did not find anyone as pleasing and promising as Dr. Amit he answered all my question genuinely. Thank you doctor for changing my look. I would really recommend Dr. Amit Gupta to everyone .